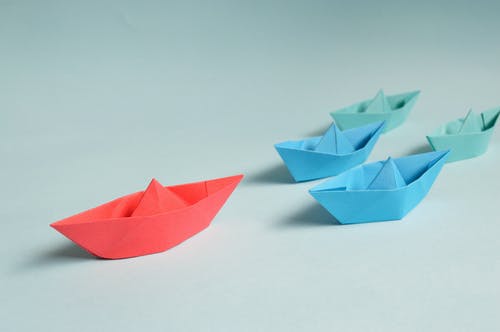 Mahatma Gandhi was undoubtedly one of the best leaders the world has ever witnessed. What made him such a leader that almost every management school studies his methodology as a case study.

Was it his leading by example be it Non-Violence or Non co-operation movement?

Was it his vision of an independent and self-reliant India?

Was it his great and convincing style of Communication?

Was it his Humility and ability to mingle with the grassroots?

Was it his Charisma in creating a relationship of respect, even with his enemies?

Mahatma Gandhi gained immortality among the leaders of the world by having a vision, and believing and working towards it with conviction. He lived the vision he had of an India that was self-reliant and independent. He would never consider himself as a leader too big to mix up with the general public. He was a master in creating rapport, even with his enemies. He was a master communicator and an impactful orator.

These traits did make him a leader, but what made him stand out and gain immortality was his ability to create leaders. A trait seldom witnessed in such perfection as in the case of Mahatma Gandhi. He led a nation to freedom. He fully realised that he was not immortal and the country would need a battery of great visionaries and leaders to carry forward the legacy of his independent India. He nurtured leaders ranging from Jawaharlal Nehru, Rabindranath Tagore, BR Ambedkar, Vallabhbhai Patel, Lal Bahadur Shastri to name a few.

This creation of a battery of leaders was Mahatma Gandhi’s greatest Leadership Trait. A leader who does not sow the seeds for leaders of tomorrow, will not be able to leave his legacy behind.

One of the most important leadership traits is to create leaders and not just lead. Every boss or team leader leads their team. The question is how many of them are able to nurture their team, so that each one of them comes out as a leader ready to breed many more. Such leaders are creators and thought leaders who not only have a vision for the enterprise, but have created a back-up to carry forward the vision even in their absence.

Amita Parwal Member since December 14, 2020
Loading + Follow Following
I am a soft skills trainer by profession. I have worked in varied professions as a teacher to a jewellery designer. I have authored a book. I have penned numerous articles for newspapers since my childhood. Now, I work as a communication consultant and a content writer. My favourite hobby is to observe people around me. This has led me to write and help my clients in being able to communicate perfectly.
Share on facebook
Facebook
Share on twitter
Twitter
Share on linkedin
LinkedIn
PrevPreviousCommunication Styles
NextWhen do we start communicating?Next

Ways to reduce stress during exams

Being on track even when on a career break

The 5R Rule of Negotiation

Decoding communications through a game of ball

Points to remember before giving a presentation