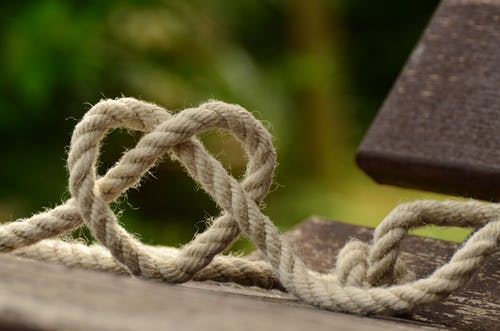 Push or Pull style of leadership

Let us look at leadership through the eyes of a rope.

Take a rope about 1 meter long. Keep it on a rough hard surface. Pick one end of the rope firmly with your fingers. Try to push it. How ever hard you push the rope it does not move a lot, instead we observe it gets displaced or muffled.

Now, the same rope you pick up one corner, hold it with your fingers in a similar fashion. This time try pulling the rope. You will observe with minimal effort you can move it in the direction you want to.

“Pull the string and it will follow wherever you wish. Push it, and it will go nowhere at all”.

The Webster dictionary defines the word ‘lead’ as

“To guide on a way especially by going in advance”.

There are multiple definitions of leadership. The rope analogy explains leadership in the most definitive way. You can make your team follow you, change course, do as you please provided you are doing the same! If you want to be a leader you have to lead by example, so that your team follows you. The team is always looking for inspiration, who else could inspire more than YOU, their leader.

This whole discussion reminds me of a game we used to play in our childhood it was called “leader leader change the action”. It was a game in which we would sit in a circle. We would choose a secret leader who would change actions and rest would follow the leader’s actions. The den was required to guess who the secret leader was!

The crux of the game was it was the leader who would take the initiative first and rest would follow. Much like Newton’s second law that the acceleration of an object as produced by a net force is directly proportional to the magnitude of the net force

The rope theory is backed by science (Newton) and Management Science (Eisenhower).

Are we ready to Pull?

Amita Parwal Member since December 14, 2020
Loading + Follow Following
I am a soft skills trainer by profession. I have worked in varied professions as a teacher to a jewellery designer. I have authored a book. I have penned numerous articles for newspapers since my childhood. Now, I work as a communication consultant and a content writer. My favourite hobby is to observe people around me. This has led me to write and help my clients in being able to communicate perfectly.
Share on facebook
Facebook
Share on twitter
Twitter
Share on linkedin
LinkedIn
PrevPreviousThe when and where of Feedback
NextLeadership styleNext

Ways to reduce stress during exams

Being on track even when on a career break

The 5R Rule of Negotiation

Decoding communications through a game of ball

Points to remember before giving a presentation